From a working-class town in Lancashire, Jack Buckby is an author, columnist, and counter-extremism researcher.

Using his experiences in the far right as a teenager, Jack aims to educate people, politicians and media outlets about the danger of political negligence. He argues that the neglect of working-class towns, and refusal to discuss difficult political issues, has pushed young white men into the arms of the far right. His upcoming third book, Monster of Their Own Making, will make this case in detail.

In previous roles, Jack has worked as a television newscaster and journalist producing news reports and documentary series from across Europe. 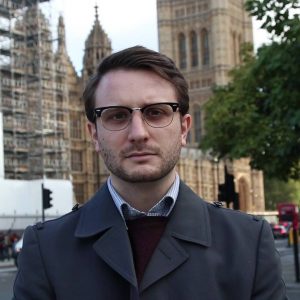